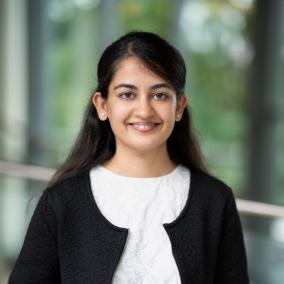 This paper studies the long-run effects of a “big-push” program providing a large asset transfer to the poorest Indian households. In a randomized controlled trial that follows these households over ten years, we find positive effects on consumption (0.6 SD), food security (0.1 SD), income (0.3 SD), and health (0.2 SD). These effects grow for the first seven years following the transfer and persist until year ten. One main channel for persistence is that treated households take better advantage of opportunities to diversify into more lucrative wage employment, especially through migration.

I investigate the role of labor market power in driving the gender wage gap in Brazil. Exploiting firm-level shocks induced by the end of the Multi-Fiber Arrangement, I show that women are substantially less likely than men to separate from their employer following a wage cut. The ensuing gender difference in monopsony power would explain 42% of the gender wage gap (an 18pp difference). To probe the source of higher monopsony power over women, I develop and estimate a discrete choice model featuring two explanations: women strongly prefer their current employer (horizontal difference) or have fewer good employers (vertical difference). Of the 18pp gender gap due to monopsony, I estimate 10pp as attributable to the former and 8pp to the concentration of good jobs for women in the textile sector. This concentration in turn reflects amenities/disamenities present in different sectors and not gender-specific comparative advantage: specifically, eliminating gender gaps in productivity across sectors erodes 4pp of the monopsony gender gap whereas leveling amenities entirely erodes the 8pp gap due to concentration. My findings demonstrate that although the textile industry provides women desirable jobs, this desirability confers its employers with higher monopsony power. By contrast, desirable jobs for men are not similarly concentrated.

Why aren’t workplaces better designed for women? We show that changing the priorities of those who set workplace policies can create female-friendly jobs. Starting in 2015, Brazil’s largest trade union federation made women central to its bargaining agenda. Neither establishments nor workers choose their union, permitting a difference- in-differences design to study causal effects. We find that “bargaining for women” increases female-centric amenities in collective bargaining agreements, which are then reflected in practice (e.g., more female managers, longer maternity leaves, longer job protection). These changes cause women to queue for jobs at treated establishments and separate from them less—both revealed preference measures of firm value. We find no evidence that these gains come at the expense of employment, workers’ wages, or firm profits. Hence, prioritizing women’s preferences in decision-making can lower within-firm gender inequality through more efficient bargaining.

invited for consideration in the Journal of Economic Perspectives

The mental health of the elderly in low- and middle-income countries (LMICs) is a largely neglected subject, both by policy and research. We combine data from the health and retirement family of surveys in seven LMICs (plus the US) to document that depressive symptoms among those aged 55 and above are more prevalent in those countries and increase sharply with age. Depressive symptoms in one survey wave are associated with a greater decline in functional abilities and higher probability of death in the next wave. Using data from a panel survey we conducted in Tamil Nadu with a focus on elderly living alone, we document that social isolation, poverty, and health challenges are three of the leading correlates of depression. We discuss potential policy interventions in these three domains, including some results from our randomized control trials in the Tamil Nadu sample.

Impacts of Cognitive Behavioral Therapy and Cash Transfers on Depression and Impairment of Elderly Living Alone: A Randomized Trial in India (Manuscript available upon request)

This paper studies the impact of phone-delivered cognitive behavioral therapy and/or a cash transfer on depression and functional impairment in a sample of low-income elderly living alone in India. Each of the three treatment arms --- therapy only, therapy plus cash, and cash only --- reduced depression and functional impairment three weeks post treatment. These treatment effects do not persist: we find no impacts on depression or functional impairment from any of the treatments three months after intervention. Participants appear to value the benefits of therapy: 30% of participants prefer another person to receive therapy rather than a cash transfer of an equivalent amount as our cash treatment. This fraction of participants is significantly higher in the group assigned both therapy and cash, suggesting that first-hand experience with both interventions increases participants’ appreciation of therapy’s benefits.

Over 148 countries now offer at least ten weeks of paid maternity leave (Hyland et al. 2020). These laws have limited long-run effects on the wages and employment of new mothers (e.g., Lalive et al. 2009, Bailey et al. 2019). But how do they affect young women in anticipation of motherhood? This project studies the effects of a 2017 Indian law that increased the duration of paid maternity leave from 12 to 26 weeks, using linked employer-employee social security records from India. We exploit pre-reform variation in the duration of leave offered by organizations along with policy-induced variation in who between the government or employer pays for leave, to ask (i) whether employers hire fewer women as a result, and (ii) the extent to which this is driven by a motive to avoid the direct cost of paid leave versus the indirect cost of replacing workers. The second question is particularly salient in developing countries, many of which have recently expanded paid maternity leave policies (India in 2017, Nigeria in 2018, and Pakistan in 2020) and where the employer and social security administration typically share its direct cost.

In this project I adopt two approaches to test for collusion among employers in Indian manufacturing. I combine four new datasets: employer-employee linked social security records from India, a historical database of state and industry-specific minimum wages, establishment- level membership in industry export associations, and customs data on establishment-level exports. First, I document bunching at the local industry-specific minimum wage from above: a large share (over 30%) of workers in manufacturing is paid exactly this minimum wage. Members of industry associations are more likely to bunch from above at the minimum wage compared to non-members and to track its unpredictable and intermittent policy-induced rise over time without disemployment effects. Next, I document that firm-specific trade shocks spur different patterns of spillovers within versus outside the industry association. Outside the association, as predicted by standard oligopsony models, large demand shocks to an industry association member spur wage spillovers that depend on employer size. However, within the association, large demand shocks to an association member spur co-movements in wages away from the minimum wage that are independent of employer size. Together these findings provide preliminary evidence that industry associations may operate as cartels, using local minimum wages as focal points until large shocks spur movements away from this wage.

The elderly population in the world is slated to grow rapidly. In India, for example, the population of those aged 60 and above will grow from 8.9% (117 million) in 2015 to 19.4% (331 million) by 2050. Old age pensions are thus an increasingly common feature of welfare policy. In this study we partner with the government of Tamil Nadu, India, to study the causal effects of pensions on the recipients and their families through a randomized controlled trial. We assign households with a member who is likely to be eligible for the pension but not currently receiving it to either a treatment or control condition. We will study how these pensions affect the financial, health and social wellbeing of these elderly and their families over several years.