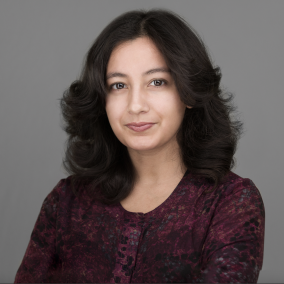 I introduce and test for preference for simplicity in choice under risk. I characterize the theory axiomatically, and derive its properties and unique predictions relative to canonical models. I design and run theoretically-motivated experiments which document that people value simplicity in ways not fully captured by existing models including expected utility theory, cumulative prospect theory, prospect theory, rational inattention, sparsity, salience, or probability weighting that differs by number of outcomes. Participants’ risk premia increase as complexity increases, holding moments fixed; their dominance violations increase in complexity; their behavior is predicted by simplicity's characterizing axiom; and their complexity aversion is heterogeneous in cognitive ability. I generalize the theory to capture not only cardinality, but also broader measures of complexity including obfuscation or language effects.

In an empirical analysis of the retail binary option market, we show that traders purchase binary options when strictly dominant bull spreads are available at lower prices. Using a yearlong sample of binary option trades, we find that 15% of S&P index, 19% of gold, and 25% of silver trades violate canonical no-arbitrage conditions. Buyers of dominated binary options on average lose about a third of the contract price by forgoing the dominating bull spread. After showing that standard institutional justifications for mispricing, including random price volatility and implicit or explicit trading costs, do not fully capture these results, we examine possible behavioral explanations. We show that our results cannot be explained by canonical behavioral models such as prospect theory or ambiguity aversion. Instead, we rationalize our findings with a novel behavioral model in which investors prefer simple binary lotteries to more complicated sets of outcomes. An online survey of binary option traders supplements our analysis of market data, providing direct evidence that a preference for simplicity is common among these traders.

Evaluating and Extending Theories of Choice Under Risk

Prospect theory and cumulative prospect theory model agents who overweight small probabilities, while simplicity theory (Puri, 2022) models agents who prefer lotteries with fewer outcomes. We evaluate the predictive performance of these theories, and of hybrid models that combine them, on lotteries with varying numbers of outcomes. A heterogeneous-agent model combining simplicity theory with cumulative prospect theory has the highest outsample predictive accuracy, and comes close to machine learning performance.  We also study the relationship between probability weighting and simplicity, and analyze observable determinants of membership, including financial literacy, in each behavioral group.

What are the underlying mechanisms that cause people to display a preference for simplicity? We design a within-person RCT to distinguish the effects of competing rational and cognitive mechanisms on choice, with channels including but not limited to numeracy, effort and attention, and working memory. This work has implications for risk tolerance and choice in financial markets.