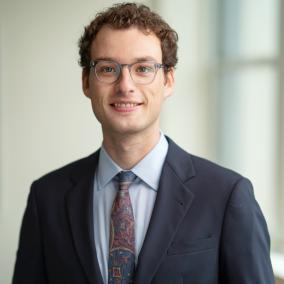 An influential explanation for global productivity differences is that frontier technologies are adapted to the high-income, research-intensive countries that develop them and “inappropriate” elsewhere. We study this hypothesis in the context of global agriculture by using mismatch in the presence of crop-specific pests and pathogens (CPPs) as a shifter of technology's inappropriateness and investigating its effect on global innovation, technology diffusion and productivity. We find that (i) technology development is biased toward CPP threats in high-income countries; (ii) CPP mismatch reduces plant-variety transfer at the crop-by-country-pair level, particularly from innovation-intensive origins; and (iii) CPP mismatch with innovation-intensive countries reduces crop production, both statically in the modern cross-section and dynamically in response to historical events that have altered the geography of agricultural innovation. Our estimates, combined with a model, imply that the inappropriateness of technology reduces global productivity by 58% and increases cross-country disparities by 15%. We use our framework to explore how global productivity gaps would be affected by counterfactual changes to both the geography of innovation, for example from the rise of R&D in emerging markets, and environmental differences across countries, for example due to climate change. Together, these findings provide support for each pillar of the inappropriate technology hypothesis and demonstrate how the direction of innovation underlies disparities in global agricultural productivity.

This paper studies how innovation reacts to climate change and shapes its economic impacts, focusing on US agriculture. We show in a model that directed innovation can either mitigate or exacerbate climate change's potential economic damage depending on the substitutability between new technology and favorable climatic conditions. To empirically investigate the technological response to climate change, we measure crop-specific exposure to damaging extreme temperatures and crop-specific innovation embodied in new variety releases and patents. We find that innovation has re-directed since the mid 20th century toward crops with increasing exposure to extreme temperatures. Moreover, this effect is driven by types of agricultural technology most related to environmental adaptation. We next show that US counties' exposure to induced innovation significantly dampens the local economic damage from extreme temperatures. Combining these estimates with the model, we find that directed innovation has offset 20% of potential losses in US agricultural land value due to damaging climate trends since 1960, and that innovation could offset 13% of projected damage by 2100. These findings highlight the vital importance, but incomplete effectiveness, of endogenous technological change as a source of adaptation to climate change.

We test the longstanding hypothesis that ethnic groups organized around “segmentary lineages” are more prone to conflict. Ethnographic accounts suggest that in such societies, which are characterized by strong allegiances to distant relatives, individuals are obligated to come to the aid of fellow lineage members when they become involved in conflicts. As a consequence, small disagreements often escalate into larger-scale conflicts involving many individuals. We test for a link between segmentary lineage organization and conflict across ethnic groups in sub-Saharan Africa. Using a number of estimation strategies, including a regression discontinuity design at ethnic boundaries, we find that segmentary lineage societies experience more conflicts, and particularly ones that are retaliatory, long in duration, and large in scale.

Keeping it in the Family: Lineage Organization and the Scope of Trust in Sub-Saharan Africa (with Nathan Nunn and James A. Robinson), American Economic Review: Papers and Proceedings 107(5): 565-571

We present evidence that the traditional structure of society is an important determinant of the scope of trust today. Within Africa, individuals belonging to ethnic groups that organized society using segmentary lineages exhibit a more limited scope of trust, measured by the gap between trust in relatives and trust in non-relatives. This trust gap arises because of lower levels of trust in non-relatives and not higher levels of trust in relatives. A causal interpretation of these correlations is supported by the fact that the effects are primarily found in rural areas where these forms of organization are still prevalent.

Robert Gordon's The Rise and Fall of American Economic Growth provides a compelling interpretation of how technical change and innovation has radically changed the living standards of the citizens of the US in the past 150 years. Lying behind these changes are the institutions which have allowed the country to harness its human potential. In this paper we conduct an empirical investigation of the impact of one key set of institutions, the capacity of the US state as proxied by the presence of post offices in a county, on innovation. We show that between 1804 and 1899, the time when the US became the world technological leader, there is a strong association between the presence and number of post offices in a county and patenting activity, and it appears that it is the opening of postal offices that leads to surges in patenting activity, not the other way around. Our evidence suggests that part of the yet untold story of US technological exceptionalism is the way in which the US created an immensely capable and effective state.

We study how social organization shapes patterns of economic interaction and the effects of national policy, focusing on the distinction between age-based and kin-based groups in sub-Saharan Africa. Motivated by ethnographic accounts suggesting that this distinction affects redistribution, we analyze a cash transfer program in Kenya and find that in age-based societies there are consumption spillovers within the age cohort, but not the extended family, while in kin-based societies we find the opposite. Next, we document that social structure shapes the impact of policy by showing that Uganda's pension program had positive effects on child nutrition only in kin-based societies.

The Management of Aid and Conflict in Africa, Revise and Resubmit, American Economic Journal: Economic Policy

This study investigates the relationship between the management of development aid and violent conflict in Africa. I exploit variation in World Bank project management quality driven by the assignment of project leaders of varying capacity, combined with geo-coded data on lending and project performance scores. I find that better project management reduces violent conflict across sub-national aid receiving regions. Poorly-managed projects increase conflict while well-managed projects do the opposite. Project monitoring is particularly important and management matters most in regions with a recent history of warfare. The results suggest that the quality of aid implementation affects patterns of conflict.

Environmental Catastrophe and the Direction of Invention: Evidence from the American Dust Bowl [SSRN Link]

This paper investigates how innovation responded to and shaped the economic impact of the American Dust Bowl, an environmental catastrophe that led to widespread soil erosion on the US Plains during the 1930s. Combining data on county-level erosion, the historical geography of crop production, and crop-specific innovation, I document that in the wake of the environmental crisis, agricultural technology development was strongly re-directed toward more Dust Bowl-exposed crops and, within crops, toward bio-chemical and planting technologies that could directly mitigate economic losses from environmental distress. County-level exposure to Dust Bowl-induced innovation significantly dampened the effect of land erosion on agricultural land values and revenue. These results highlight the role of crises in shaping the direction of innovation and the importance of endogenous technological progress as an adaptive force in the face of disasters.

Flowers of Invention: Patent Protection and Productivity Growth in US Agriculture [SSRN Link]

Patent protection was introduced for plant biotechnology in the United States in 1985, and it affected crops differentially depending on their reproductive structures. Exploiting this unique feature of plant physiology and a new dataset of crop-specific technology development, I find that the introduction of patent rights increased the development of novel plant varieties in affected crops. Technology development was driven by a rapid increase in private sector investment, was accompanied by positive spillover effects on innovation in certain non-biological agricultural technologies and led to an increase in crop yields. Patent rights, however, could come with potentially significant costs to the consumers of technology and distortions to downstream production. Nevertheless, I document that in US counties that were more exposed to the change in patent law because of their crop composition, land values and profits increased. Taken together, the results suggest that the prospect of patent protection spurred technological progress and increased downstream productivity and profits.

Agricultural Development and Structural Change, Within and Across Countries [Coverage: VoxDev]

Specializing in Cities: Density and the Pattern of Trade (with Antoine Levy) [SSRN Link]

Variation in urban density is a core determinant of patterns of productivity within countries, but does it also shape patterns of trade across countries? We develop a strategy to estimate the extent to which local population density boosts productivity in each industry. Combining these industry-level estimates with fine-grained global population data, we show that both US states and countries with more spatially concentrated (“denser”) populations disproportionately export in density-loving sectors. The estimates are similar using an instrumental variables strategy that exploits countries' historical population distributions, and they are driven by variation across sectors in the importance of R&D and collaborative/interactive tasks in production. We rationalize these findings with a model in which national export specialization emerges endogenously from the distribution of factors within countries and show how location-level data can be aggregated to measure country-level specialization. Even conditional on aggregate endowments, the within-country spatial distribution of factors can explain a large share of patterns of trade.