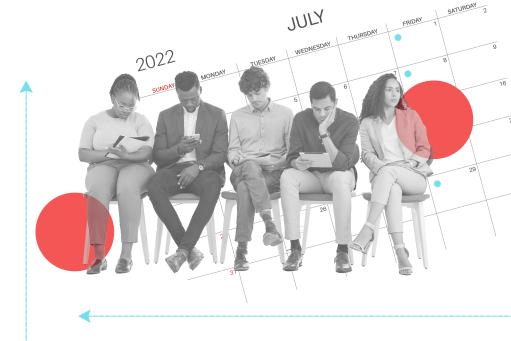 Study suggests automatically starting unemployment benefits at the outset of a recession would remove uncertainty for workers.

Unemployment insurance is a lifeline for many people when work goes away. And when times get really bad in the U.S. — in recessions and during the Covid-19 pandemic — Congress has extended the duration of unemployment benefits for millions of workers.

But is there a better way to structure the timing of unemployment insurance? For some workers, benefits arrive too late after an economic downturn to prevent household financial crises; others have needed insurance payments just when Congress has been debating what eventually become benefit extensions. To avoid ad hoc policymaking, the federal government could potentially deploy objective “triggers,” such as significant rises in the jobless rate, that automatically extend unemployment benefits when recessions hit.

Now a study co-directed by an MIT economist, based on extensive modeling, examines the effects of automated unemployment insurance policies. Unemployment insurance based on such triggers would not cost more — or less — than the packages Congress has ultimately approved, the results suggest. But an automated system would provide more clarity to workers in times of economic stress.

“There is a cost to the way Congress does it, which is, people face uncertainty,” says Jonathan Gruber, a professor of economics at MIT and co-author of a new paper detailing the results of the study. “Right now, Congress decides at the last minute, or waits until a week or two after benefits expire to extend them. That kind of uncertainty is costly to people.”

By contrast, Gruber observes, “The advantage of automatic triggers is you resolve uncertainty, and it wouldn’t actually cost much more than the existing system because Congress extends benefits anyway.”

The paper, “Should We Have Automatic Triggers for Unemployment Benefit Duration and How Costly Would They Be?” appears in an annual publication of the American Economic Association, AEA: Papers and Proceedings. The co-authors are Gabriel Chodorow-Reich, a professor of economics at Harvard University; Peter Ganong, an associate professor at the University of Chicago’s Harris School of Public Policy; and Gruber, who is the Ford Professor of Economics at MIT.

To conduct the study, the scholars developed a model — they call it the UI Policy Simulator — examining the period from 1996 to 2019 by state. The researchers used Bureau of Labor Statistics data to simulate each state’s labor market, and modeled the outcomes that would result from implementing multiple types of unemployment insurance policies.

Overall, the size of the benefits (and hence expenditures) that the model produced was very close to the size of the packages that Congress has approved in the wake of the 2001 and 2007-09 recessions. In theory, therefore, cost is not a huge issue.

One wrinkle the modeling uncovered is that such a system would take hold in labor markets that have not deteriorated as much, meaning that an extension of benefits could be triggered in a state that then quickly dips back under the threshold unemployment rate.

“There’s a tradeoff,” Gruber says. With a lower triggering threshold, “You might get people benefits a month earlier. On the other hand, you run the risk of having ‘false positives,’ where you send people benefits when you think it [the economy] is going to go south, and it doesn’t.”

Still another factor to consider, as the authors write in the paper, “past behavior is no guarantee of future legislative performance.” Codifying an automated unemployment insurance system might help protect workers from a future congressional stalemate over the issue.

Could this type of policy actually become law? Gruber thinks that might require a change in the way the Congressional Budget Office (CBO) scores the policy (that is, evaluates its cost). At present, the CBO is required to compare the cost to having no built-in enhanced unemployment insurance policy at all — even though Congress has repeatedly crafted such measures in times of need. That approach makes an automated policy seem like a new government expense, which can make legislators less likely to back it.

“In some sense the reason we never get automatic triggers is because of the way our congressional scoring works,” Gruber says. However, he observes, “If Congress is going to do it anyway, that has a zero cost from today’s perspective.” Gruber also notes: “I don’t want to [be critical] of the CBO. They’re just following their mandate.”

The duration and amount of these benefits was most recently a pressing issue during the first 18 months of the Covid-19 pandemic, after unemployment soared in the spring of 2020. Within the last year, U.S. unemployment has dropped to lows not seen for decades. But at some future point, unemployment will likely again become a greater concern, suggesting to Gruber that any time would be a good time to consider this kind of legislation.

“Hopefully we won’t forget about it, and we’ll be able to fix the system when we can,” Gruber says.

He adds: “This is really what I think we can do in economics that’s so valuable for the world: use the modeling tools we have to speak directly to policymakers about the things they care about.”

The research was supported, in part, by the Becker Friedman Institute of the University of Chicago, the Harvard Ferrante Fund, and the Alfred P. Sloan Foundation.