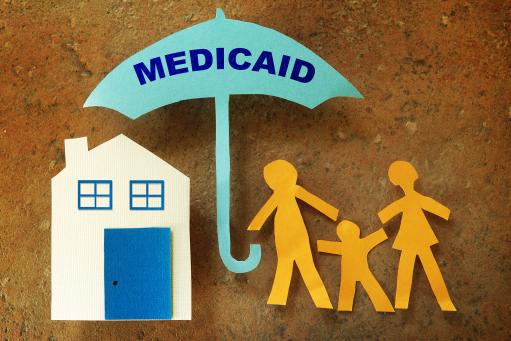 A new study shows when adults gain access to Medicaid, they sign up their previously unenrolled kids, too.

As it happens, when adults do enroll in Medicaid, some of them sign up their eligible children for it, too. This is an example of a “woodwork effect,” as policy analysts have termed it — sometimes, people eligible for social programs may come out of the woodwork, as it were, to claim benefits.

A new study led by an MIT economist quantifies this effect, using Oregon as a case study. The research shows that for every nine adults who gained access to Medicaid in Oregon due to a special enrollment lottery, one previously eligible child was added to the Medicaid rolls as well.

But while the findings show that woodwork effects exist in social insurance, in Oregon the effect was not large enough to create major pressures on its Medicaid system, which is jointly funded by the federal and state governments. Most of the eligible children who were not already enrolled in Medicaid remained unenrolled; only about 6 percent of those who could have become enrolled were signed up when an adult in their household won the Oregon lottery.

“We find evidence of these woodwork effects,” says Amy Finkelstein, a professor in MIT’s Department of Economics and co-author of a new paper detailing the results. “We reject the hypothesis that these types of spillovers don’t occur. On the other hand, relative to claims in the media and in some previous work about potentially large woodwork effects, in excess of half of the direct effect … our effects are quantitatively much smaller than what was conjectured.”

The paper, “Out of the Woodwork: Enrollment Spillovers in the Oregon Health Insurance Experiment,” appears in the American Economic Journal: Economic Policy. The paper’s co-authors are Adam Sacarny PhD ’14, an assistant professor at the Columbia University Mailman School of Public Health; Katherine Baicker, the dean and the Emmett Dedmon Professor at the University of Chicago Harris School of Public Policy; and Finkelstein, the John and Jennie S. MacDonald Professor of Economics at MIT.

To conduct the research, the scholars used data from the Oregon Health Insurance Experiment of 2008, a unique project conducted by the state of Oregon. Given enough funding to allow some Medicaid expansion to low-income, uninsured adults, Oregon ran a lottery for new Medicaid entry, receiving about 90,000 applications for 10,000 new slots.

That formed the basis of a useful experiment: Because those who win and lose the lottery do so at random, scholars can compare what subsequently happens to those who do and do not win the lottery to determine the effects of obtaining health insurance. Finkelstein, Baicker, and other colleagues have published several studies based on the Oregon lottery, showing that having Medicaid increases health care use, reduces out-of-pocket spending and medical debt, and lowers incidence of depression, among other things.

Because the children of the adults who participated in the lottery in Oregon were already eligible for Medicaid, the lottery allowed the researchers to ask: If adults obtain Medicaid, does that make them more likely to enroll their children, too?

“The magnitude of the effect is economically and practically meaningful, but the effect is fairly short-lived,” Sacarny observes.

The findings add information to a public discussion that arose after the Affordable Care Act (ACA) was signed into law by President Barack Obama in 2010. The ACA allowed states to expand Medicaid to additional low-income adults, although many states did not. Some observers suggested that woodwork effects on children’s enrollment might greatly increase the taxpayer cost of the adult Medicaid expansion. The current study suggests these costs may be modest.

As Finkelstein notes, however, the current study is simply intended to inform the public discussion over Medicaid and woodwork effects, and to produce better estimates about insurance expansion.

“Whether you think previously eligible children enrolling in Medicaid when their parents become eligible is an extra benefit or an add-on cost of adult Medicaid expansion depends on your views of the costs and benefits of public health insurance,” Finkelstein says. In any case, Finkelstein observes, the cost of covering children through Medicaid is roughly four times smaller than the cost of covering adults.

“From a budget perspective, children tend to be much cheaper to cover than adults,” Finkelstein says. “They have lower health expenditures.”

Understanding the barriers to enrollment

The current paper also adds to an existing literature about the barriers to enrollment for health insurance and other social programs. There are a variety of reasons why people who are eligible for social programs may not enroll: They may not know they are eligible, may find the process too complicated, or may feel there is a stigma associated with such programs.

Finkelstein, for her part, has studied this issue too. Along with MIT economics colleagues Abhijit Banerjee and Benjamin Olken, among other scholars, she co-authored a paper last year about an experiment designed to encourage people to enroll people in Indonesia’s national health insurance program. The study found some benefit from subsidies and enrollment assistance, but no apparent benefit to the simple provision of information to people.

Scholars who have studied the societal impact of Medicaid offer praise for the study. Sarah Miller, an assistant professor of business economics and public policy at the University of Michigan’s Ross School of Business, calls the research “a fantastic new analysis from the landmark Oregon Health Insurance Experiment. The experimental design gives us the opportunity to learn in a very compelling way about how parental Medicaid eligibility affects enrollment for kids.”

Miller also observes that, by identifying one mechanism that can spur a limited amount of new enrollment, the research indicates we have more to learn about the reasons why families still leave eligible children unenrolled in Medicaid: “This study tells us that making their parents eligible won't move the needle very much, but more research is needed to know exactly why,” she says.

As Sacarny points out, the present study also demonstrates the many ways that randomized trials, like Oregon’s, can be used to generate further findings. Given a valid experiment, scholars can think creatively about how to identify its effects, and keep leveraging that experiment to produce rigorous results.

“This research highlights the value of conducting further secondary studies of randomized trials,” Sacarny says. “What we’re showing here is that when you link trials with additional administrative data, you can use them to study additional, potentially really important questions for economic and social policy.”

The current paper may also be the last one Finkelstein works on that derives from the Oregon Health Insurance Experiment of 2008; she has co-authored at least eight other refereed papers exploring the effects of Medicaid enrollment on people, work that has gained wide attention and helped inform the public discussion about health insurance.

“For me, it’s a bit of an end of an era,” Finkelstein says. However, she and her colleagues have developed a public use data file so that other researchers can dig into all the data from Oregon, and potentially surface additional findings as well.

The study was supported, in part, by the National Institute on Aging.