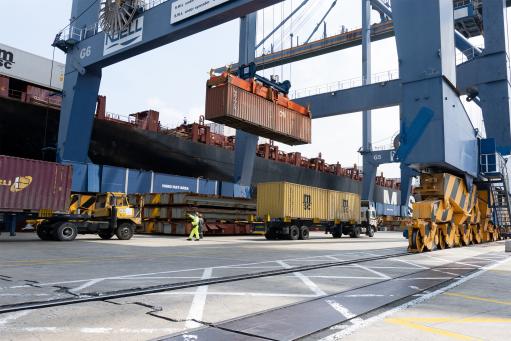 International trade exacerbates domestic income inequality, at least in some circumstances, according to an empirical study that two MIT economists helped co-author.

The research, focusing on Ecuador as a case study, digs into individual-level income data while examining in close detail the connections between Ecuador’s economy and international trade. The study finds that trade generates income gains that are about 7 percent greater for those at the 90th income percentile, compared to those of median income, and up to 11 percent greater for the top percentile of income in Ecuador.

“Trade in Ecuador tends to be something that is good for the richest, relative to the middle class,” says Dave Donaldson, a professor in the MIT Department of Economics and co-author of a published paper detailing the findings. “It’s pretty neutral in terms of the middle class relative to the poorest. The [largest benefits] are found both among those who have founded businesses, as well as those who are well off and work as employees. So, it’s both a labor and capital effect at the top.”

The study also identifies the dynamics that generate this outcome. Ecuadorian exports, mostly commodities and raw goods, tend to help the middle class or those less well-off, while the country’s import activities generally help the already well-off — and overall, importing has a bigger effect.

“There is a horse race between the export channel and the import channel,” says Arnaud Costinot, also a professor in the MIT Department of Economics and co-author of the paper. “Ultimately, what is quantitatively more important in the data, in the case of Ecuador, is the import channel.”

The paper, “Imports, Exports, and Earnings Inequality: Measures of Exposure and Estimates of Incidence,” appears online in the Quarterly Journal of Economics. The authors are Rodrigo Adao, an associate professor at the University of Chicago Booth School of Business; Paul Carillo, a professor of economics and international affairs at George Washington University; Costinot, who is also associate head of MIT’s Department of Economics; Donaldson; and Dina Pomeranz, an assistant professor of economics at the University of Zurich.

Commodities out, machinery in

The effect of international trade on a nation’s income distribution is hard to pinpoint. Economists cannot, after all, devise a country-size experiment and study the same nation, both with and without trade involvement, to see if differences emerge.

As an alternate strategy, the scholars developed an unusually detailed reconstruction of trade-related economic activity in Ecuador. For the period from 2009 to 2015, they examined revenue from 1.5 million firms with a tax ID, and income for 2.9 million founders and employees of those firms. The scholars collected revenue data, payments to labor, and divided up individual income data according to three levels of education (ending before high school, high school graduates, and college graduates) across all 24 provinces in Ecuador.

Digging further, the research team compiled customs records, VAT (Value-Added Tax) data on purchases, and domestic firm-to-firm trade data, to develop a broad and detailed picture of the value of imports and exports, as well as business transactions that occurred domestically but were related to international trade.

Overall, oil accounted for 54 percent of Ecuador’s exports in the period from 2009 to 2011, followed by fruits (11 percent), seafood products (10 percent), and flowers (4 percent). But Ecuador’s imports are mostly manufactured products, including machinery (21 percent of imports), chemicals (14 percent), and vehicles (13 percent).

This composition of imports and exports — commodities out, manufactured goods in — turns out to be crucial to the relationship between trade and greater income inequality in Ecuador. Firms that employ well-educated, better-paid individuals also tend to be the ones benefitting from trade more because it allows their firms to buy manufactured goods more cheaply and flourish, in turn bolstering demand for more extensively educated workers.

“It’s all about whether trade increases demand for your services,” Costinot says.

For this reason, ultimately, “earnings inequality is higher in Ecuador than it would be in the absence of trade,” as the paper states.

As Costinot and Donaldson observe, this core finding runs counter what some portions of established trade theory would expect. For instance, some earlier theories would anticipate that opening up Ecuador to trade would bolster the country’s relatively larger portion of lower-skilled workers.

Additionally, Donaldson notes, some trade theories incorporate the idea of “perfect substitution,” that like goods will be traded among countries — with level wages resulting. But not in Ecuador, at least.

“This is th idea that you could have a country making a good and other countries making an identical good, and ‘perfect substitution’ across countries would create strong pressure to equalize wages in the two countries,” Donaldson says. “Because they’re both making the same good in the same way, they can’t pay their workers differently.” However, he adds, while “earlier thinkers [economists] didn’t think it was literally true, it’s still a question of how strong that force is. Our findings suggest that force is quite weak.”

Costinot and Donaldson acknowledge that their study must take into account a variety of complexities. For instance, they note, about half of Ecuador’s economy is informal, and cannot be measured using official records. Additionally, global “shocks” can affect trade patterns in a given country at a given time — something they test for and incorporate into the current study.

And while trade patterns can also change more gradually, the data from the 2009-2015 time period are stable enough to suggest that the researchers identified a clear and ongoing trend in Ecuador.

“People don’t change jobs very often, and the income distribution does not change very much,” Donaldson says. “We did make sure to check that — within the sample, the stability is very high.”

The study also naturally raises the question of whether similar outcomes might be found in other countries. In the paper, the authors list many other countries to which their methods could be applied.

“Ecuador is definitely very different from the United States, but it’s not very different from many middle-income countries that are mostly exporting commodities in exchange for manufactured goods,” Costinot says. Donaldson, for his part, is already working on a similar project in Chile.

“That pattern of participation [in global trade] is important, and exporting could be very different across countries,” Donaldson says. “But it would be very easy to know, if you just found the data.”

Support for the research was provided, in part, by the U.S. National Science Foundation, the Center for Economic Policy Research, the U.K. Department for International Development, and the European Research Council.