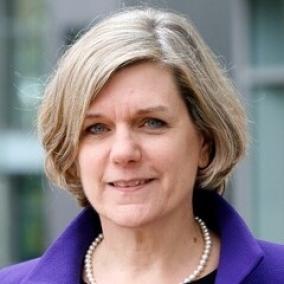 The Dichotomous Treatment of Efficiencies in Horizontal Mergers: Too Much? Too Little? Getting it Right

How Airline Markets Work...or Do They? Regulatory Reform in the Airline Industry.

In Economic Regulation and Its Reform: What Have We Learned?

What Next for the Horizontal Merger Guidelines?

Ohio v. American Express: The Exception That Should Not Become a Rule

Nancy L. Rose is the Charles P. Kindleberger Professor of Applied Economics in the Massachusetts Institute of Technology Economics Department, and Visiting Scholar at the Harvard Kennedy School Mossavar-Rahmani Center for Business and Government.  Rose served as Economics Department Head at MIT from 2017 - 2020, Deputy Assistant Attorney General for Economic Analysis in the Antitrust Division of the U.S. Department of Justice from 2014 – 2016, and director of the National Bureau of Economic Research (NBER) research program in Industrial Organization from its creation in 1991 until her appointment to the Department of Justice in 2014.

Her research and teaching focus on industrial organization, competition policy, and the economics of regulation. Her published work includes analyses of antitrust law and economics, economic regulation, and firm behavior in a variety of transportation and energy markets, as well as of labor rent-sharing and determinants of executive pay. Her edited volume Economic Regulation and Its Reform: What Have We Learned? (NBER, 2014) describes the regulatory landscapes and lessons learned from deregulation and regulatory restructuring across eight broad industries, and the interplay of competition policy and economic regulation.

Professor Rose received her Ph.D. in Economics from MIT and an A.B. in Economics and Government from Harvard University. She is a fellow of the American Academy of Arts and Sciences, and Distinguished Fellow of the Industrial Organization Society, and Research Associate in the NBER. Her accomplishments have been recognized by numerous other fellowships, including those from the Radcliffe Institute, Center for Advanced Study in the Behavioral Sciences, Hoover Institution, John Simon Guggenheim Foundation, Alfred P. Sloan Foundation, and National Science Foundation. She received the 2020 Carolyn Shaw Bell Award from the American Economic Association’s Committee on the Status of Women in the Economics Profession (CSWEP), given to an individual who has furthered the status of women in the economics profession, through example, achievements, increasing our understanding of how women can advance in the economics profession, or mentoring others. Rose was awarded the MIT Undergraduate Economics Association Teaching Award in 2000, 2004, and 2011, and was named a Margaret MacVicar Faculty Fellow in 2012 for her contributions to undergraduate teaching at MIT. She presently serves as President of the Industrial Organization Society and Vice President of the Western Economics Association International, and has previously served as Vice President and Executive Committee member of the American Economic Association (AEA), among other positions. She has been a member of the Board of Editors of the American Economic Review and the Journal of Industrial Economics, and associate editor for several journals. She is a member of advisory boards for the American Antitrust Institute, the Hamilton Project, and the CEPR’s Research and Policy Network for Competition Policy, and is an associate editor of the Journal of Economic Perspectives.

Professor Rose has served as an independent director for Charles River Associates, Sentinel Investments, and the Whitehead Institute for Biomedical Research, and in those roles has chaired board governance and finance committees.