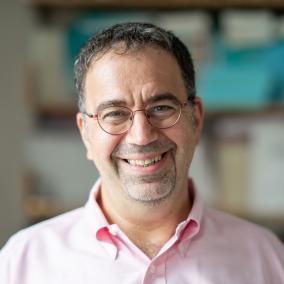 The Narrow Corridor: States, Societies, and the Fate of Liberty

Why Nations Fail: Origins of Power, Poverty and Prosperity

The Structure of Wages and Investment in General Training

Why Did the West Extend the Franchise? Democracy, Inequlaity and Growth in Historical Perpective

Daron Acemoglu is an Institute Professor at MIT and an elected fellow of the National Academy of Sciences, American Philosophical Society, the British Academy of Sciences, the Turkish Academy of Sciences, the American Academy of Arts and Sciences, the Econometric Society, the European Economic Association, and the Society of Labor Economists. He is also a member of the Group of Thirty. He is the author of five books, including New York Times bestseller Why Nations Fail: Power, Prosperity, and Poverty (joint with James A. Robinson), Introduction to Modern Economic Growth, and The Narrow Corridor: States, Societies, and the Fate of Liberty (with James A. Robinson). His academic work covers a wide range of areas, including political economy, economic development, economic growth, technological change, inequality, labor economics and economics of networks. Daron Acemoglu has received the inaugural T. W. Shultz Prize from the University of Chicago in 2004, and the inaugural Sherwin Rosen Award for outstanding contribution to labor economics in 2004, Distinguished Science Award from the Turkish Sciences Association in 2006, the John von Neumann Award, Rajk College, Budapest in 2007, the Carnegie Fellowship in 2017, the Jean-Jacques Laffont Prize in 2018, the Global Economy Prize in 2019, and the CME Mathematical and Statistical Research Institute prize in 2021. He was awarded the John Bates Clark Medal in 2005, the Erwin Plein Nemmers Prize in 2012, and the 2016 BBVA Frontiers of Knowledge Award. He holds Honorary Doctorates from the University of Utrecht, the Bosporus University, University of Athens, Bilkent University, the University of Bath, Ecole Normale Superieure, Saclay Paris, and the London Business School. 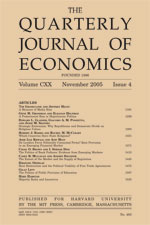 Reversal of Fortune: Geography and Institutions in the Making of the Modern World Income Distribution

Skills, Tasks and Technologies: Implications for Employment and Earnings

The Network Origins of Aggregate Fluctuations 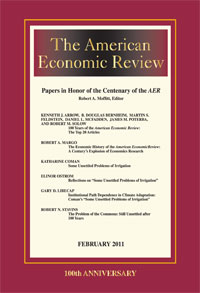 The Environment and Directed Technical Change

The Race Between Man and Machine: Implications of Technology for Growth, Factor Shares and Employment

Democracy Does Cause Growth

Robots and Jobs: Evidence from US Labor Markets