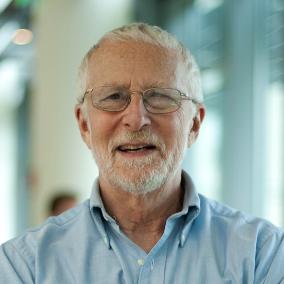 Keynes and Marx, Duncan and Me

Whither Industrial Relations: Does It Have a Future in Post-Industrial Society

Qualitative Research: Does it fit in economics?

Michael J. Piore is the David W. Skinner Professor of Political Economy, Emeritus, at MIT, where he continues to teach part-time. His current research is centered on work regulation, which is reflected in his recent book on Root-Cause Regulation: Protecting Work and Workers in the Twenty-First Century (with Andrew Schrank). He is also working on the impact of innovation policy on the structure of employment opportunities. In particular, he is looking at the potential of policies modeled on Silcom Valley to undermine employment in legacy industries. He is exploring this problem in the context of a larger study of innovation policy in Brazil at MIT’s Industrial Performance Center.

Professor Piore is a labor economist who has worked on a wide variety of labor problems including international migration, the impact of technological change, trade union organization and collective bargaining. The hallmark of his work is a concern with the way in which the economy is embedded in society and how its evolution is molded and directed by social processes. He is particularly interested in the insights this perspective offers relative to conventional economic theory, with its emphasis on individual decision-making in a competitive market. He is associated with a number of key concepts including the internal labor market, dual labor market analysis and the distinctions between flexible specialization and mass production, between interpretation and analysis in innovation, and between the U.S. and the Franco-Latin approach to work regulation and their impacts on labor market flexibility. These concepts are developed in a number of books and articles including: Internal Labor Markets and Manpower Adjustment (with Peter Doeringer); Dualism and Discontinuity in Industrial Society (with Suzanne Berger); Birds of Passage: Migrant Labor and Industrial Societies; The Second Industrial Divide (with Charles Sabel); Beyond Individualism; and Innovation – The Missing Dimension (with Richard Lester).

Awards and recognitions include a MacArthur Foundation Fellowship, an Honorary Doctorate (Docteur HONORIS CAUSA) from the Universite des Science et Technologies de Lille, a Lifetime Achievement Award from the Labor and Employment Relations Association (LERA) and an Honorary Doctorate (Doctorat Honoris Causa) in Industrial Relations from the Université Laval.

Professor Piore has served as president of the Society for the Advancement of Socio-Economics (SASE) and as an elected member of the executive committee of the American Economic Association. At MIT, he was the founding director of MIT-Mexico Program and has served as faculty co-chair of the Industrial Performance Center and as the associate Director of the Center for Technology Policy and Industrial Development.

He has worked in the course of his career with a variety of different government agencies, international organizations, and NGO’s including the U.S. Department of Labor, the International Labour Organization, the state of Massachusetts, the government of Puerto Rico, and the NAACP Legal Defense and Education Fund.