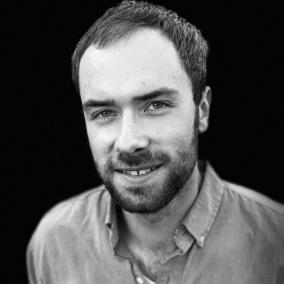 Long-Term Relationships and the Spot Market: Evidence from US Trucking (with Thi Mai Anh Nguyen)

Revise and Resubmit at AEJ: Microeconomics

This paper provides evidence on relational contracting in the US truckload freight industry. In this setting, shippers and carriers engage in repeated interactions under contracts that fix prices but leave scope for inefficient opportunism. We describe empirically the strategies of shippers and the responses of carriers. We show that shippers use the threat of relationship termination to deter carriers from short-term opportunism. Carriers respond to the resultant dynamic incentives, behaving more cooperatively when their potential future rents are higher. While shippers and carriers often interact on multiple lanes, we show that separate relational contracts appear to govern transactions on each lane.

Firms increasingly make decisions using "human-in-the-loop" systems that combine human judgement with algorithmic prediction. If humans alone fail to make accurate predictions---due, perhaps, to an inability to process large amounts of data---the introduction of an algorithm might correct human beliefs and improve decision-making. However, if human agents respond too strongly to algorithmic output, the interaction of human and machine might worsen decision-making. In this paper, we use a new, rich data set from the trucking industry to provide some of the first evidence on how algorithms shape human decision-making.  In particular, we explore how the introduction of a predictive maintenance algorithm changed technicians’ truck repair decisions.  Applying a parsimonious model of decision-making to our high-dimensional microdata, we recover agents' payoffs and beliefs about the probability of breakdown both with and without the algorithm.  We find that, after the introduction of the algorithm, technicians' predictions of breakdown risk are improved along multiple dimensions: they are not only better able to order states in terms of riskiness, but also able to more accurately predict the level of risk.  Computing expected payoffs both with and without the algorithm, we find that its value is equivalent to decreasing the frequency of breakdowns by 7.5%.