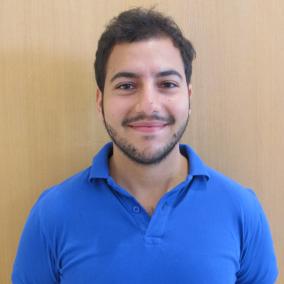 Nonlinear Pricing with Under-Utilization: A Theory of Multi-Part Tariffs (with J. Flynn and K. Sastry)

Forthcoming in the American Economic Review

Abstract: We study the nonlinear pricing of goods whose usage generates revenue for the seller and of which buyers can freely dispose. The optimal price schedule is a multi-part tariff, featuring tiers within which buyers pay a marginal price of zero. We apply our model to digital goods, for which advertising, data generation, and network effects make usage valuable, but monitoring legitimate usage is infeasible. Our results rationalize common pricing schemes including free products, free trials, and unlimited subscriptions. The possibility of free disposal harms producer and consumer welfare and makes both less sensitive to changes in usage-based revenue and demand.

Abstract: We consider multi-stage games with incomplete information, and we analyze strategic reasoning by means of epistemic events within a “total” state space made of all the profiles of behaviors (paths of play) and possibly incoherent infinite hierarchies of conditional beliefs. Thus, we do not rely on types structures, or similar epistemic models. Subjective rationality is defined by the conjunction of coherence of belief hierarchies, rational planning, and consistency between plan and on-path behavior. Since consistent hierarchies uniquely induce beliefs about behavior and belief hierarchies of others, we can define rationality and common strong belief in rationality, and analyze their behavioral and lower order beliefs implications, which are characterized by strong rationalizability. Our approach allows to extend known techniques to the epistemic analysis of psychological games where the utilities of outcomes depend on beliefs of order k or lower. This covers almost all applications of psychological game theory.

Abstract: Psychological game theory (PGT), introduced by Geanakoplos et al. (1989) and significantly generalized by Battigalli and Dufwenberg (2009), extends the standard game theoretic framework by letting players’ utility at endnodes depend on their interactive beliefs. While it is understood that a host of applications that model and/or test the role of emotional and other psychological forces find their home in PGT, the framework is abstract and comprises complex mathematical objects, such as players’ infinite hierarchies of beliefs. Thus, PGT provides little guidance on how to model specific belief-dependent motivations and use them in game theoretic analysis. This paper takes steps to fill this gap. Some aspects are simplified – e.g., which beliefs matter – but others are refined and brought closer to applications by providing more structure. We start with belief-dependent motivations and show how to embed them in game forms to obtain psychological games. We emphasize the role of time and of the perception of players’ intentions. We take advantage of progress made on the foundations of game theory to expand and improve on PGT solution concepts.

RR at The Review of Economic Studies

Abstract: This paper proposes a model of non-Bayesian social learning in networks that accounts for heuristics and biases in opinion aggregation. The updating rules are represented by nonlinear opinion aggregators from which we extract two extreme networks capturing strong and weak links. We provide graph-theoretic conditions on these networks that characterize opinions' convergence, consensus formation, and efficient or biased information aggregation. Under these updating rules, agents may ignore some of their neighbors' opinions, reducing the number of effective connections and inducing long-run disagreement for finite populations. For the wisdom of the crowd in large populations, we highlight a trade-off between how connected the society is and the nonlinearity of the opinion aggregator. Our framework bridges several models and phenomena in the non-Bayesian social learning literature, thereby providing a unifying approach to the field.

Abstract: We study the "common prior" assumption and its implications when agents have differential information and preferences beyond subjective expected utility (SEU). We consider consequentialist interim preferences that are consistent with respect to the same ex-ante evaluation and characterize the latter in terms of extreme limits of higher-order expectations. Notably, agents are mutually dynamic consistent with respect to the same ex-ante evaluation if and only if all the limits of higher-order expectations are the same, extending beyond SEU the classical characterization of the common prior assumption in Samet (1998). Within this framework, we characterize the properties of equilibrium prices in financial beauty contests (and other coordination games) in terms of the agents' private information, coordination motives, and attitudes toward uncertainty. Differently from the SEU case, the limit price does not coincide in general with the common ex-ante expectation. Moreover, when the agents share the same benchmark probabilistic model, high-coordination motives make their concern for misspecification disappear in equilibrium, exposing them to a divergence between the market price and the fundamental value of the security.

Persuasion with Non-Linear Preferences (with A. Kolotilin and A. Wolitzky)

Abstract: In persuasion problems where the receiver’s action is one-dimensional and his utility is single-peaked, optimal signals are characterized by duality, based on a first-order approach to the receiver’s problem. A signal is optimal iff the induced joint distribution over states and actions is supported on a compact set (the contact set) where the dual constraint binds. A signal that pools at most two states in each realization is always optimal, and such pairwise signals are the only solutions under a non-singularity condition on utilities (the twist condition). We provide conditions under which higher actions are induced at more or less extreme pairs of states. Finally, we provide conditions for the optimality of either full disclosure or negative assortative disclosure, where signal realizations can be ordered from least to most extreme. Optimal negative assortative disclosure is characterized as the solution to a pair of ordinary differential equations.

Targeting in Networks and Markets: An Information Design Approach

Abstract: In many economic settings, heterogeneous information is aggregated through channels such as social networks or markets' prices. Moreover, information is often controlled and manipulated as to influence the final outcome. The goal of this paper is to introduce aggregation mechanisms in an otherwise standard information design environment and analyze their effect on the information released and on economic outcomes. First, the analysis provides a benchmark irrelevance result: when the designer can target every receiver and the aggregator is linear, it is without loss of optimality to consider public experiments that do not depend on the aggregation mechanism. Differently, if the designer can target only a subset of receivers, then the most prominent individuals are chosen. Next, comparative statics results that link the informativeness of the optimal policy to the underlying aggregation process are discussed. Finally, motivated by robustness concerns, it is showed that the main findings extend to a class of nonlinear aggregation mechanisms.